The Maltese islands are truly Mediterranean

Blessed with a mild climate and set in crystal waters, Malta and its sister islands of Gozo and Comino offer you a memorable experience, where moments of complete relaxation can be combined with the exploration of the islands’ many cultural, artistic and natural treasures.

While Malta is increasingly gay friendly and has experienced a definite and positive shift towards greater cultural acceptance of LGBTIQ in all aspects of life. This, together with recent changes in legislation introduced by government, saw the Maltese Islands rise to first place on the ILGA-Europe Rainbow Europe Index in 2016. This has also contributed to make Malta increasingly popular with gay travelers.

Guests from abroad will find that the vast majority of the Maltese people are gracious and welcoming hosts, eager to help them discover Malta, Gozo and Comino and make their stay enjoyable and hassle-free. The gay community will be glad to share tips on the best restaurants, cafes, pubs, nightclubs and boutiques to visit, as well as gay-friendly hotels and other accommodation to stay in. They will also know about upcoming events, social gatherings and parties.

Valletta is the capital of Malta and the entire historic city is a UNESCO World Heritage Site. The grid-like plan, the magnificent carved buildings, the bastions and fort, the view over the    Grand Harbour, and St John’s Co-Cathedral make this city nothing short of an open-air museum. Of all the things to do in Malta, a visit to Valletta is a must.

Mdina is the old capital. Located on the peak of a hill in the centre of the island, near Rabat, its early beginnings date to the Bronze Age and has developed progressively with each occupation to become a fortified city overlooking the entire island. The Silent City, as it is known, is beautiful and charming, a far cry from its medieval history.

Diving in Malta is renowned world-wide. In fact, Malta and Gozo are well-established on the diving map due to several attractive features: underground caves, marvellous rock formations and wrecks are aplenty, while the visibility in the water and its temperature are great all the year round.

Malta, Gozo and Comino boast small but beautiful beaches with varying features. The sand varies from white and silver to golden and orange, while the sea hues range from turquoise and deep blue to various shades of green. Rocky beaches offer fabulous snorkelling opportunities and the water is clean and good for bathing all around the coast.

The sea can be enjoyed from the beaches and beneath the waves but also offers great opportunities in the form of watersports and boat trips. Several cruises and day trips depart daily from Sliema and Bugibba jetties, while watersports range from kayaking and surfing to jetskiing and chartering a speed boat or yacht!

Tarxien Temples consists of a complex of four megalithic structures built between 3600 and 2500BC and re-used between 2400 and 1500BC. The earliest of the four structures is located at the easternmost end of the site and survives only to near ground level although its five-apse plan is still clearly visible.

Malta has become well-known as a party island, particularly during the summer, when gigs and concerts and open-air events are the order of the day. The Isle of MTV has also become an annual event. Throughout the year, Paceville remains the established nightlife hotspot with everything from a bowling alley and cinema to bars, nightclubs and gentlemen’s clubs.

Fort St Elmo is the first fort built by the Order of St John in Malta. Constructed at the tip of Peninsula Sciberras, this fort stands dominant on the seaward shore of the promontory and divides and commands the entrance of Marsamxett Harbour and the Grand Harbour. The restored Fort St Elmo hosts the National War Museum which houses a superb collection of items recounting the military history of Malta from prehistoric times till recent history.

Gozo is the smaller sister island of Malta, however its character is unique. It is most famous for its diving, however it is also much greener, more traditional and slower-paced than Malta. Gozo is not only worth visiting, but worth staying in for a few days to fully appreciate what it has to offer.

The most famous aspect of Comino island, which lies between Malta and Gozo, is surely the Blue Lagoon, which appears like something out of the Caribbean. However Comino also has Santa Marija Caves and an old Tower to enjoy, as well as a few other features. Take the time to explore the entire island – it is very small and easy to cover in a single day.

There are several more things to do in Malta which we could mention, however these are the ones that we recommend are a must. Make sure your visit includes at least some of the above and have a great time!

While Malta is increasingly gay friendly at a rapid pace and gay life in Malta affords almost equal rights (Malta grants the most gay rights in all Europe), there is little to be said about gay Malta as such. By this we mean that there are few places and events that are geared specifically towards gay people and this is partly due to the very small size of the island and, subsequently, gay community.

While Gay Malta may not offer a wide variety of choices of, gay friendly beaches, gay bars or gay clubs, there is a substantial gay community made up of both locals and foreigners who enjoy some sort of gay scene in Malta. It is important to note that Malta hosts a variety of gay friendly hotels, services and events.

Since there are very few designated gay oriented places, the gay community in Malta mostly mingles in the same places everyone else enjoys; the good news is that increasing social acceptance of gay rights and gay behaviour means that the gay community can.

Furthermore, Malta’s small size also means that networking within the gay community is easy. You can quickly make connections and discover the ins and outs on where to go, what to do, where to meet other gay people and how to make the most of gay Malta.

Gay Malta comes out to flaunt itself annually during the Gay Pride week. The local gay community truly takes pride in this event, which is attended by all. Supporters of equal rights and opportunities also attend the event, which is held in early June every year.

Get in touch with the local gay community and find out more about how to get involved in gay Malta by contacting these local NGOs and gay clubs:

Let us take you to Malta 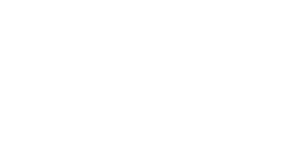